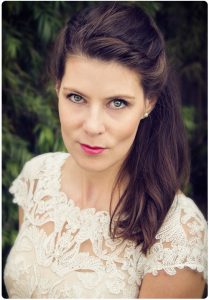 Meredith is a Los Angeles based professional singer, actor, and teacher.  Originally from Houston, Texas, Meredith and her 6 other siblings were born into a musical family and grew up singing in church choirs from a very young age. Most recently, you may have seen her on the new McDonald's Siracha Sandwhich "Turn It Up" commercial, the Apartments.com Superbowl Commercial “Movin’ On Up” with Jeff Goldblum, and on ABC's “The Real O'Neals.” On the singing side, you may have heard her on stage with the LA Commercial Choir at Walt Disney Concert Hall, singing backup for Patti La Belle, Mary J. Blige, and John Legend on FOX’s “Terrance and Terraji’s White Hot Holidays”, or in films like X-Men Apocalypse. 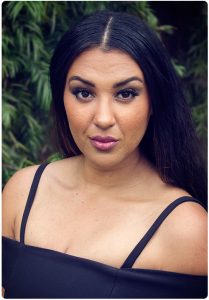 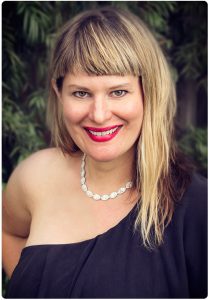 Los Angeles based session singer, vocal contractor, actor, and composer, Charissa Nielsen is often called to engineer her own vocals, gather voices for a TV, Film, or Commercial project, or compose a song at a moment's notice.  Her vocals can be heard on a wide variety of national TV and RADIO commercials for NATIONWIDE INSURANCE, INFINITI, BURGER KING, UPS, TIDE, CUTIES, HANES, OLD NAVY, JELLO, COMCAST, X BOX, SCHICK, DISCOVERY CHANNEL and many more. She also appeared on DESPERATE HOUSEWIVES, singing beside actress Marcia Cross and can be heard sharing the stage with NEIL YOUNG, MICHAEL BUBLE, and SETH MACFARLANE. 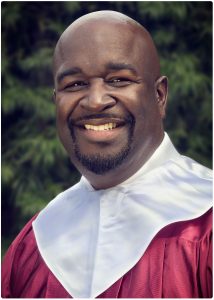 Alvin Chea was born in San Francisco, California. A founding member of ten-time Grammy® award winning ‘Super group’ Take 6, Alvin Chea has toured the world extensively. Over their twenty-year history, Take 6 is the most nominated R&B, Gospel, or Jazz vocalists in Grammy® history. As a veteran of the music industry, his singing voice has been heard on scores of movie soundtracks and music recordings, and he has been a voice-over artist anchoring numerous commercials. Most recently, and through Elevate, Alvin's voice is featured in the national campaign for Goldfish crackers currently airing worldwide. 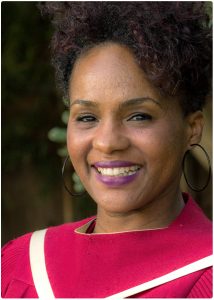 Aretha Scruggs is a singer-songwriter/actress with a focus in the world of gospel music. Having her start in a singing group called the Scruggs Sisters, which contained her three sisters and her parents on accompanying musical instruments, they over time, have sung at various churches, sporting and community events. Opening for such artists as The Clark Sisters, Commissioned, Yolanda Adams and Vickie Winans to name a few, they even got the chance to sing for such historical events as Rosa Park’s 80th Birthday party and the Tuskegee Airmen’s Congressional banquet. Touring background vocals include artists for Natalie Cole and later other such notables as Christina Aguilera and Anita Baker. Through various TV and live show tapings, she has also backed up artists such as Whitney Houston, Patti Labelle, Jennifer Hudson, India Arie, Justin Timberlake, Pharrell, Tyrese Gibson and gospel greats Donnie Mclurklin, Fred Hammond, Yolanda Adams, Kirk Franklin, Israel Houghton, Tye Tribbett, Marvin Sapp and Mary Mary. 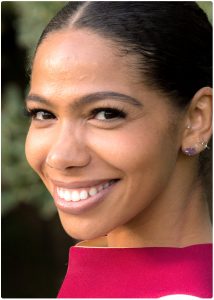 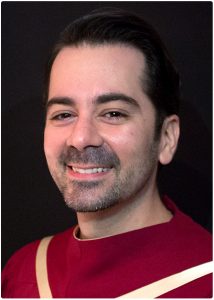 Fletcher Sheridan
Fletcher Sheridan has been singing professionally since the age of 13. He has made a name for himself in the LA session scene and a jack of all trades. From baroque to pop, vocal jazz to French chanson, overtone singing to beat boxing, Fletcher provides a level of musical versatility that is rare. He has sung on over 200 projects for film and television, most recently for LaLa Land, Sing!, and Finding Dory. Outside the studio, Fletcher has also toured and performed all over the world. For years he was a member of the vocal group m-pact, eventually becoming their music director. Fletcher was also a part of the Los Angeles Master Chorale and Los Angeles Chamber Singers. He currently sings with the vocal jazz quartet True North, and the LA Choral Lab. 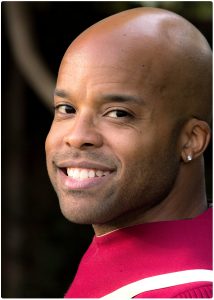 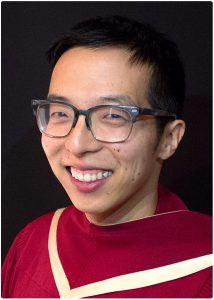 Kenton Chen is a session singer, actor, and songwriter based in Los Angeles. He has shared the stage with Demi Lovato, Sheryl Crow, Sara Bareilles, Stevie Wonder, Passion Pit, and toured the US opening for Ben Folds. A graduate of USC Thorton's jazz program, Kenton first gained national attention on NBC’s The Sing-Off, music directing The Backbeats.  Since then, he has gone on to sing with m-pact, Level, and most recently, Postmodern Jukebox. With a background in classical, pop, and jazz, he has sung for artists as Rozzi Crane, Chantae Cann, Melissa Polinar, and Holychild, and has lent his voice to numerous theatrical and television projects. 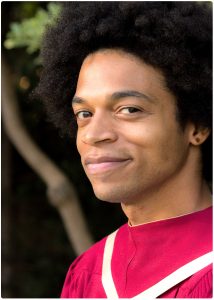 Mackenzie Green
Composer/Singer Mackenzie Green has grown up studying and idolizing singers like James Brown, Prince, Freddie Mercury, and Michael Jackson. Today, his contagious energy, both on and off stage, move all generations.  Beginning his performance career at the age of 5 and writing his first songs at 8, it was apparent to everyone who witnessed him that he possessed something special that sets him apart. With an equally impressive and well-rounded resume that includes featured songs in two movies on the Lifetime network as well as studio and live work with platinum-selling artists and producers, Mackenzie is poised and ready to be the musical bridge between yesterday, today and the future. 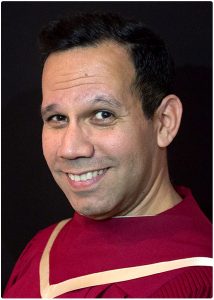 Rene Ruiz
René Ruiz is a singer, stage director and voiceover artist. He conceived, directed, and performed in the Off-Broadway acapella theatre show TOXIC AUDIO, which showcased the power of the human voice through smooth harmonies, vocal sound effects, and musical improv. It won the 2004 New York Drama Desk Award for "Unique Theatrical Experience". He also works as an announcer, show director, and vocalist for the Walt Disney World Co. (The Voices of Liberty at EPCOT) and Universal Studios (Wizarding World of Harry Potter Frog Choir). He continues to tour with Toxic Audio and recently joined the lineup of the Sing-Off Season 3 hip-hop/r&b group, Urban Method. 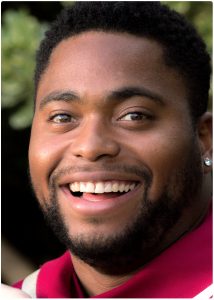 Top 12 overall and a member of Team Usher on the Sixth Season of the NBC’s "The Voice." T.J. Wilkins has had a love for all facets of entertainment.  Since “The Voice”, he has starred in the television show, “High School Musical: Get In The Picture” on the ABC network and has guest starred in a recurring role on the “Fresh Beat Band” on the Nickelodeon network. He starred in , Chuck and Buck, a Sundance Film Festival, Grand Jury Prize nominee and the Film Complicity. In 2009, he was deemed the winner of the L.A. Young Star Competition sponsored by Stevie Wonder. As the winner of this competition, he performed on stage with Mr. Wonder at the Nokia Theater for the “House Full of Toys” concert. 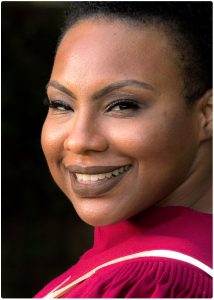 Toni Scruggs
Toni Scruggs is a world renowned and accomplished vocal musician, whose professional experience includes ensemble (background, choir) singer, solo artist, conductor, director and educator. Having begun her singing career at the age of 5 years old with the family group “The Scruggs Sisters”, Toni boasts a 5 octave range that allows her to sing from soprano to tenor. Toni’s voice and style has progressed year after year due to her love of music, commitment to high musicianship, and the tutelage of great mentors like the legendary R&B singer, Chaka Khan. She’s shared the stage with the best in the industry and after years of professional background work, Toni is finding a stage that is uniquely her own. 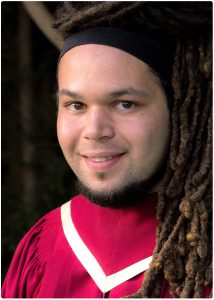 Tracy Robertson is a member and beat-boxer for the acclaimed A Capella group “Vocalosity,” a group formed from members on Television’s THE SING-OFF and the movie PITCH PERFECT by music director and vocal contractor Deke Sharon. The group tours in 33 major cities around the globe and rose to the iTunes Vocal charts top 30 list in 2016. Tracy is also a member of the vocal a cappella group M-Pact which tours nationwide and boasts a huge fanbase in their 20 year history.